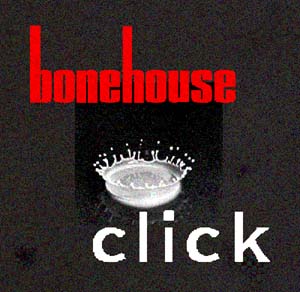 recorded late Nov/early Dec in two five-hour sessions at Parr St studios, Liverpool. It's a fully pro studio, tho we were in the demo studio upstairs, which suited us well, cos we got to use some pretty good mikes and valve pre-amps, and the fact that it's only 16 track isn't much of an issue when you're going direct to stereo. The room was a bit dead accoustically, but we're seriously happy with the results.

Recording improvised music is a bit strange in a lot of ways, and there's a part of me that says in an ideal world i wouldn't do it for public consumption at all, tho of course there's a part of me that loves the idea. didn't we all grow up browsing thru racks of sleeves (size of sleeve dependent on age, i guess), and gradually broadening our mental universe thru stumbling on new recordings? recorded music is part of the warp and weft of modern life, and that teenage record collector in me is seriously chuffed that there's a sleeve with my name on it - but...but...it's a funny thing taking this music that we made of the moment and for the moment and translating it to the calm persistence of a digital medium. it'll probably outlive me, the product of those two autumn afternoons overlooking the garages (the studio seems to be the only thing on Parr St that doesn't offer MOT's and fix taxis, for some reason). they've turned into little concertos and symphonies now, those improvisations. i'm starting to recognise sections, and be able to hum bits, and somehow it doesn't feel right. it should be gone in the air by now, not cluttering up an accoustic space it was never conceived to fill, flaunting emotions long after the stimuli for them have disappeared. i feel like an old man on a park bench watching the world turn into something i no longer recognise while i nurse an impotent and unarticulated sense that i no longer approve of this thing i helped create.

i find myself thinking (not for the first time) about Helen Lane. she was a not particularly unusual person, as far as i'm aware, her words forked no lightning. She may have been Canadian, but perhaps i got that wrong. She died of cancer in, i think, the mid-fifties sometime. She achieved her immortality somewhat inadvertantly, when biologists cultured some of her tumour on a petrie dish. Now the thing about tumour cells is they have no control mechanism to tell them to stop growing. And Helen's tumour cells, one cell thick across the surface of the agar proved to be an excellent medium for subjecting living human cells to various experiments and experiences that would be somewhat unethical if they were attached to a living human. The HeLa strain of tissue culture is still available today, and when i heard the story, in the seventies there were over twenty tons of Helen in the world, and still growing - no idea how big she might be by now, but i sympathise. Bits of me are off around the world to multiply unpredictably, although i escaped the trouble of having to die of cancer first, i guess.
so maybe, in an ideal world (but not this one), i'd just play for those who would listen. we would gather, music would start and then end, we would consider the fast-fading images of what had just passed, and examine the shapes and artefacts that its passing had left. but in the meantime, there it is, my little child, my monster, my holiday snaps, my tumour, the photograph that would steal my soul, it has gone out into the world, and people will be able to listen to me play, or something very like me, anytime they like, without my leave, while i eat, tend to my childrens' needs, while i sleep, the events of last autumn can still be heard, beautiful ghosts, part of other peoples' lives and histories. it's not very big, considering how much was put into it. i do hope you take to it, and can find room to house it while it finds its feet on its own. it's yours now...